Taking cues from classical architecture, Four Seasons designed the English-Style Georgian Conservatory in maintenance-free and energy-efficient aluminum. A slim profile available only with Four Seasons high-strength aluminum gives this conservatory an elegance unsurpassed by competing designs. The stately design straight from the Renaissance castles of the British Empire lends an air of majesty to any architectural home style. With a regal nose and squared off shoulders, the Four Seasons Georgian Conservatory is at once proud and confident. With a little more floor space that its Victorian cousin, the Georgian is an attractive alternative. 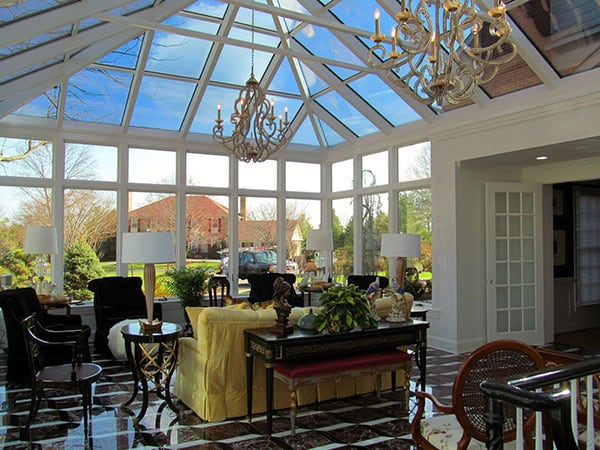 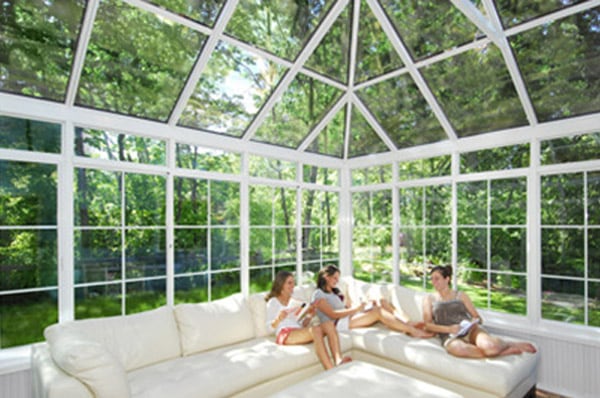 This stately, spacious glass sunroom brings immediate stature to the home it adjoins. From its classical architecture to its open floor space, this light-filled sunroom is as beautiful as it is efficient. 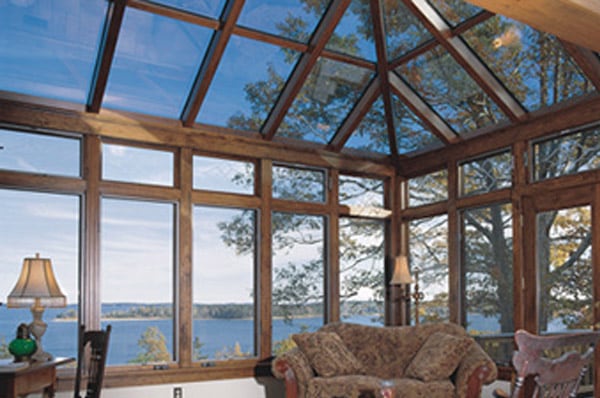 Here at Four Seasons, we believe that every homeowner should have all the information before making a decision about how to proceed with their home remodeling project. That's why we offer FREE in-home design consultations where you get an upfront estimate with all costs included. Sometimes, you just want that extra spark of inspiration... If that's you, we've got you covered with our free catalog.

By hitting send, I am asking Four Seasons to tell me about future offers and promotions. I understand that you may use automated dialing systems.

Please fill out the form below and we will be in touch to schedule your free in-home consultation.